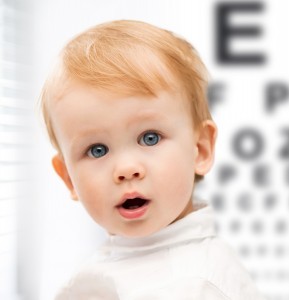 When it comes to ensuring the proper development of children, it is widely known that regular, annual appointments scheduled with the family’s pediatrician are paramount. However, what many parents don’t realize is that annual visits to their pediatric ophthalmologist are just as important.

A child’s vision is absolutely essential to their developing fine motor skills, as well as their ability to learn in school – in addition to their involvement in after-school and other extracurricular activities such as sports.

But how young should a child first begin seeing a pediatric ophthalmologist? Two-years-old? One-year?

During the infancy stage, a child’s vision is changing continuously. In the earliest stages of their young lives, babies only have the ability to focus on objects that are close up, and they can only see colors such as red, black and white – which have high-contrast. However, at the age of six-months, their vision sharpens. This is the point where babies should have their first eye exam in to make sure their eyes are developing at the proper rate.

The next stage in which they should be checked is preschool – typically at 3-to-4-years-old, because their eyes have just about finished up developing and growing by then. Additionally, don’t count on the school-offered vision screenings, we strongly encourage you to be seen by that same pediatric ophthalmologist just as the child gets ready to enter kindergarten.

And, for each year after, an annual eye exam should become ritual.

These visits are also important because they have the potential to uncover bigger vision issues that can affect your child for life. Such issues as farsightedness, nearsightedness and astigmatism can be detected, and possibly alleviated with eyeglasses. Additionally, other common conditions such as “lazy eye,” can be spotted by the pediatric ophthalmologist very early in a child’s life.

Don’t wait until your children begin complaining they can’t see the blackboard at school or squinting to read. Make an appointment now. The earlier the better for their healthy vision down the road.

Dr. Wise will be waiting. 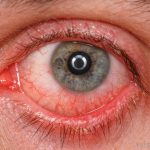 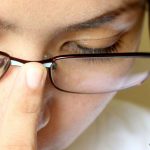 Q&A Monday: How to remedy nose pain from eyeglassesNews