There has been research that certain vitamins & supplements can help with Age-Related Macular Degeneration (AMD).  The following article is written by  Joshua Dunaief, MD, PhD from the Scheie Eye Institute, University of Pennsylvania.  Before starting any new program, please consult your doctor first.

“Vitamins can help certain patients with age-related macular degeneration (AMD) decrease their risk of losing central vision. But it’s important to find the right vitamins, since many are marketed for eye health but only a few have formulas that have proven effective.

The Age Related Eye Disease Study 2 (AREDS2), sponsored by the National Institutes of Health (NIH), showed that supplementation with certain micronutrients reduces by 25 percent the progression of dry AMD into the more advanced stage in which vision loss occurs. This AREDS2 formula contains:

Beta carotene, lutein and zeaxanthin are all a specific type of phytochemical (micronutrients from plants) called carotenoids, which are structurally related to vitamin A. Our bodies do not make these. Plants make them, in part to serve as antioxidants that protect them from potentially harmful sunlight. When we eat lutein and zeaxanthin, they are transported to the retina, where they are thought to protect against light-induced damage. There’s normally enough lutein and zeaxanthin in the macula, the central part of the retina, to turn this part yellow. In fact, the full name of the macula is macula lutea, which means yellow spot.

Vitamins C and E are antioxidants. Zinc also has some antioxidant properties and is needed for a number of enzymes. Copper is part of the AREDS formula because zinc supplementation can cause copper deficiency, since these two micronutrients compete with each other for absorption in the intestines.

It’s important to take the AREDS2 vitamins if your ophthalmologist recommends them, in order to decrease the risk of vision loss from AMD.

One NIH study found that a number of vitamins marketed for eye health did not contain the nutrient amounts stated on the label. This can occur because the supplement industry is not regulated as stringently as the prescription drug industry.

In contrast, some brands do contain the right nutrients at the right levels. For this reason, I recommend that you look closely at vitamin labels; be sure the label says AREDS2 formula; and check their listed vitamins against our chart, above.  If you  are uncertain about a specific product, ask your doctor for recommended brands that meet the AREDS2 formulation.  AREDS2 products  can be purchased over the counter. The dose is generally one soft gel twice a day with a meal.

What about Other Multivitamins?

The AREDS2 study participants were allowed to take a general multivitamin. The use of these vitamins did not affect the risk for AMD progression one way or the other, but they were not harmful either. In fact, the AREDS2 vitamins alone, or in combination with multivitamins, did not have adverse effects except a slightly increased risk of urinary-related hospitalizations in men. Zinc supplementation was even associated with an increased lifespan in AMD patients.

The AREDS2 vitamins are helpful for people whose retinas have a certain number of white spots called drusen, which can be seen by the ophthalmologist during a dilated eye exam. They are not recommended for people who have no or only a few drusen because these people have such a low risk of developing AMD, at least over the next 5 years.

Family members of people with macular degeneration often ask whether they should take AREDS2 vitamins or lutein/zeaxanthin. While these are safe to take over a period of at least 5 years (the duration of the AREDS2 study), it is not known whether it would be safe for a number of decades. Therefore, it is recommended that family members eat foods containing high levels of lutein and zeaxanthin rather than take the supplements. These foods also contain hundreds of other phytochemicals that are likely to be helpful. Foods such as egg yolk (go easy due to cholesterol), yellow corn, orange or yellow peppers, kale, broccoli, spinach, kiwi, grapes, zucchini, and squash have high levels of lutein and/or zeaxanthin and are thought to be protective against AMD.” 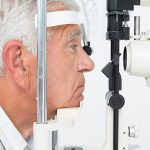 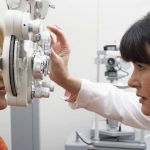